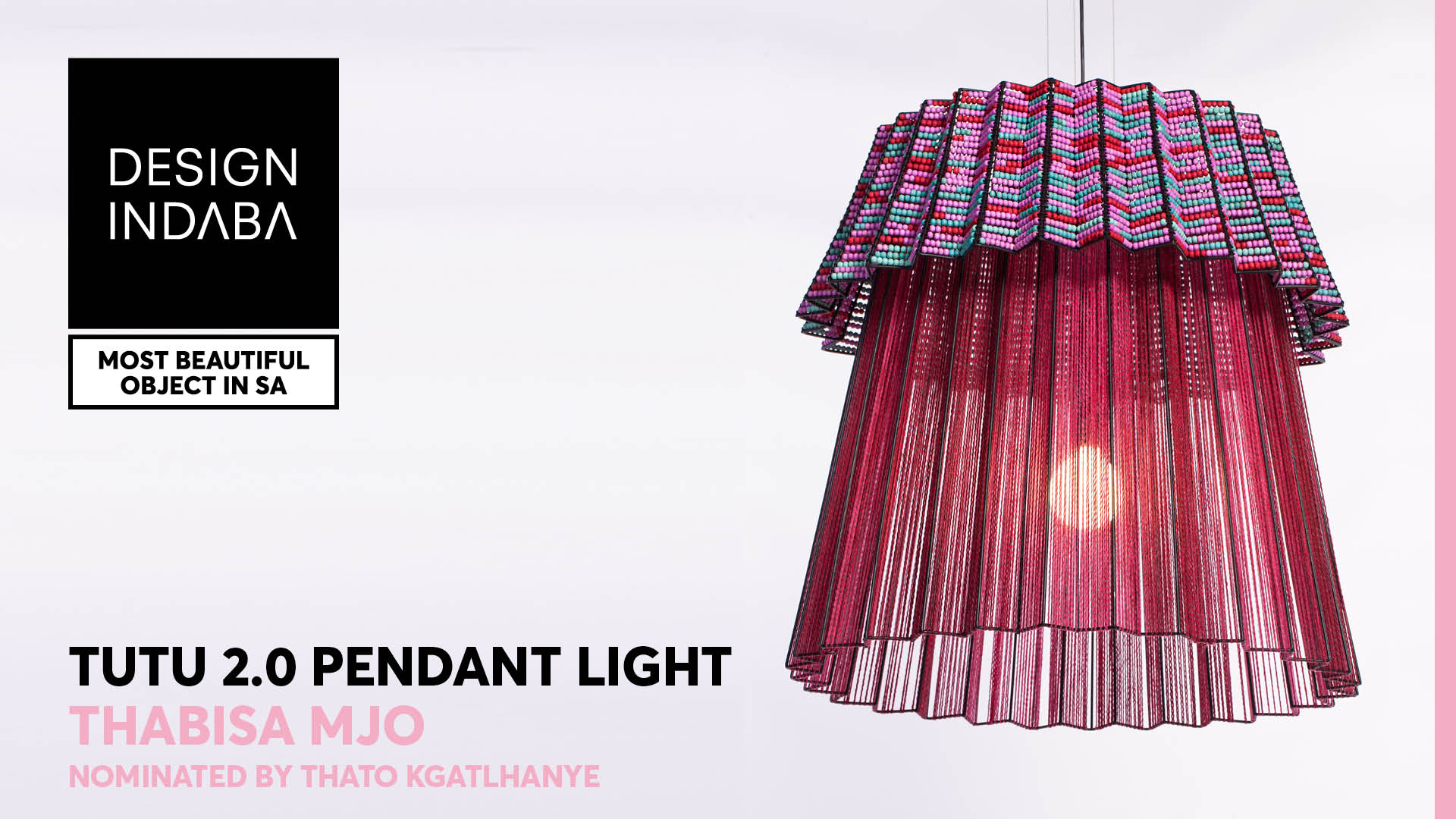 Design Indaba’s annual endeavour to find the Most Beautiful Object in South Africa (MBOISA) manifests as a competition open to public votes and an exhibition. The competition has been running consecutively for the last 11 years. This year there were 10 nominees, however, it was Thabiso Mjo’s Tutu 2.0 light that got voted in as the winner. Mjo’s functional lamp is a reimagining of the ballerina tutu, says the designer, who drew inspiration from both Western and African fashion styles to make this unique chandelier. It was nominated by entrepreneur Thato Kgatlhanye for Most Beautiful Object in South Africa. It’s called the Tutu 2.0 Pendant Light because according to the designer, it is an evolution of the iconic ballet outfit mingled with hallmarks of an African counterpart, the Xibelani skirt. Often worn by Tsonga women, the Xibelani skirt is known for its structural, tiered layers and colourful vertical pleats. Mjo’s team created the Tutu 2.0 Pendant Light using thin steel rods as a frame, reinforced with tightly woven strands of wool and hundreds of red and black beads. The designer is no stranger to cross-pollinating over a number of creative industries. With experience in production design from AFDA and architectural drawing from Inscape Design School, Mjo sees herself as a storyteller rather than a designer. She is interested in evoking meaningful responses from the people whose traditions and fashions are reflected in the interior design products she creates. “My primary target market is always those whose cultures are represented in my designs. It’s always so incredible when someone recognises themselves in one of my objects.”